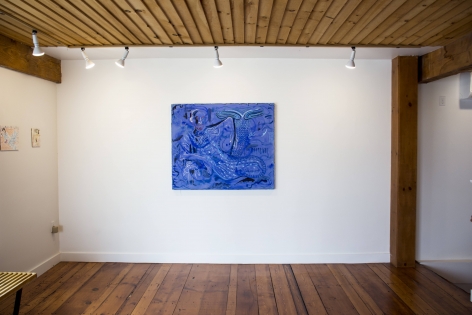 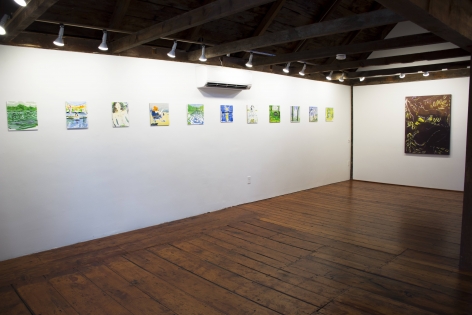 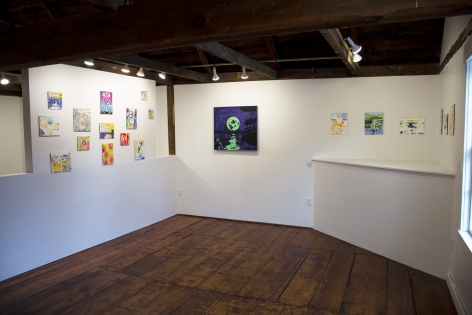 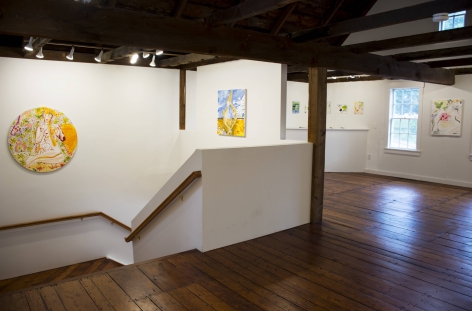 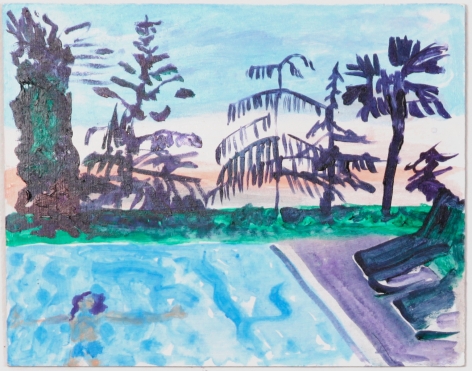 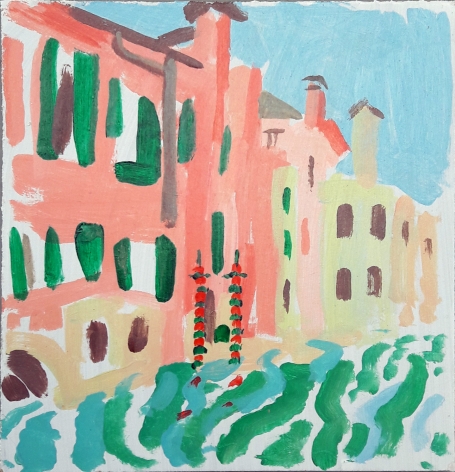 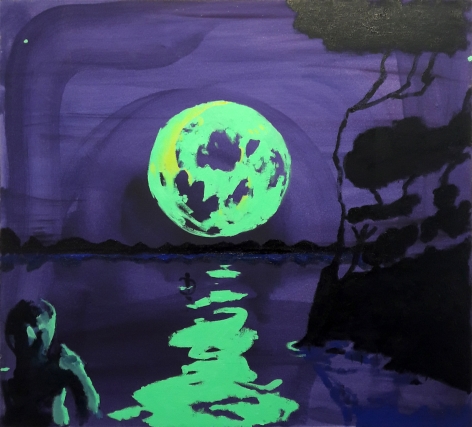 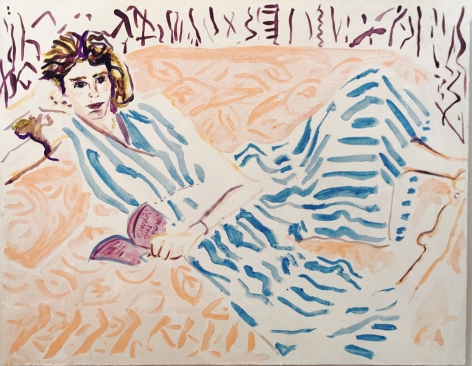 Verano, a two-person exhibition of new paintings from Esteban Cabeza de Baca and Heidi Howard, was completed over the course of 2017, as the artists traveled between New York, NY; Amsterdam, Netherlands; Truro, Massachusetts; Venice, Italy; and Seville, Spain. Cabeza de Baca and Howard met as Columbia University graduate students in the fall of 2012, and since meeting, they have spent most of their time painting together.

Verano, Spanish for summer, is a sensorial meditation on the elliptical, lengthened days of the season. Panel by panel, Cabeza de Baca and Howard present varied captures of idyll: the paradisical dance of light on water; the human figure in languorous recline; the lushness of skies and grasses; the high color of European architectural facades. The paintings of Verano are a living, stylized study of place and time, of escape and companionship. In this archive of togetherness, Cabeza de Baca and Howard have created, via their distinct styles and gazes, a world of beauty informed by light, memory, and the imagination. 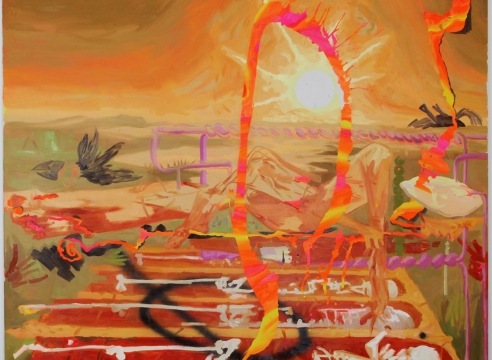 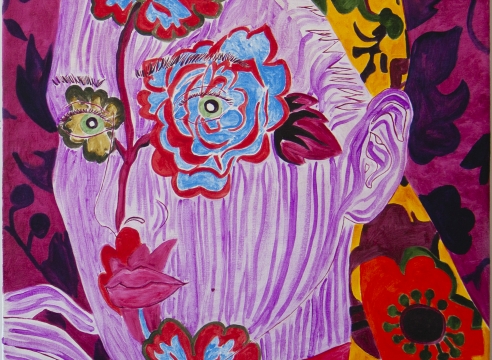 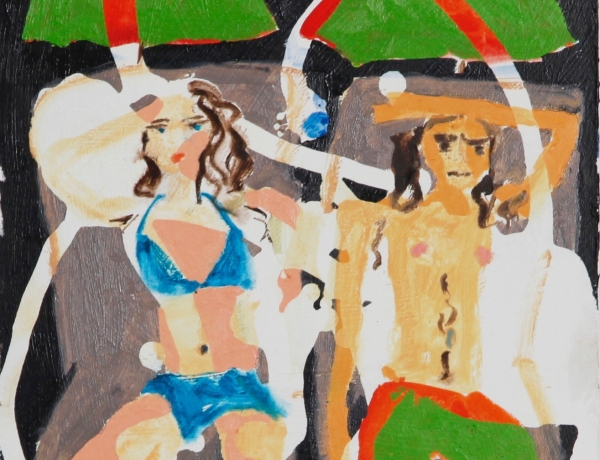