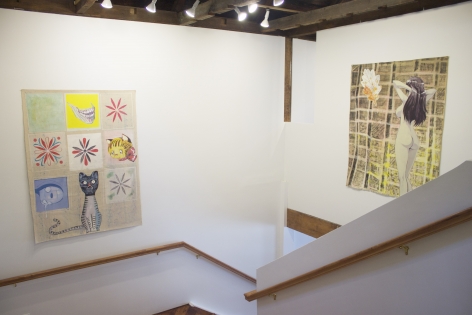 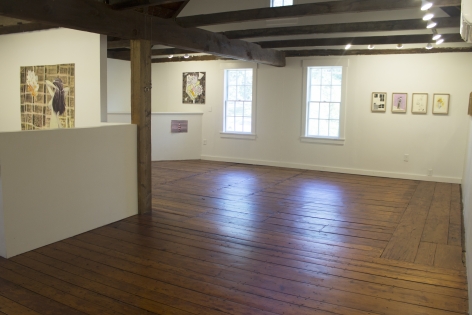 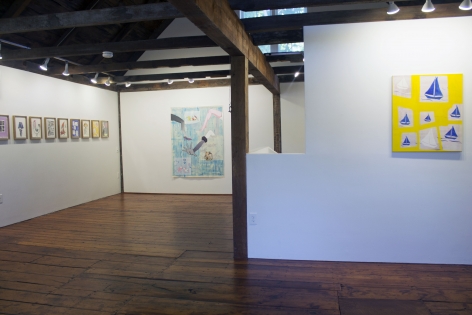 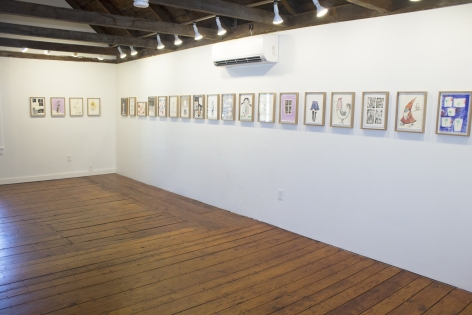 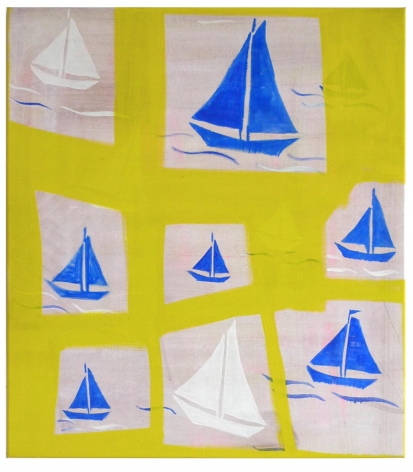 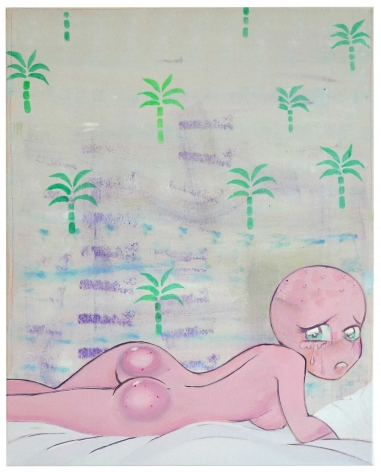 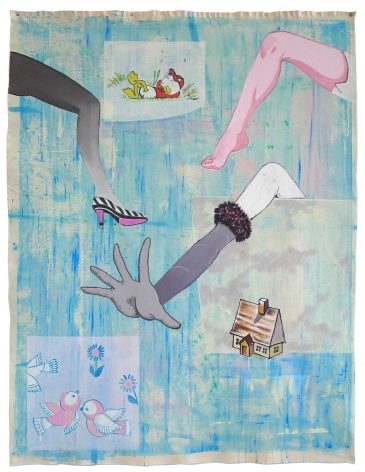 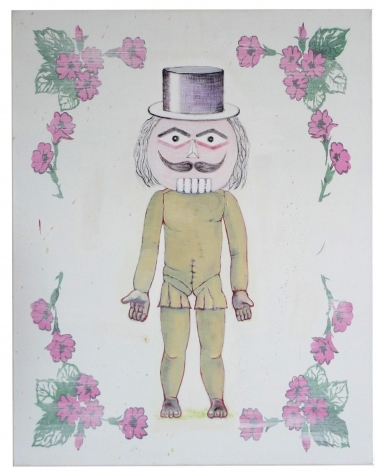 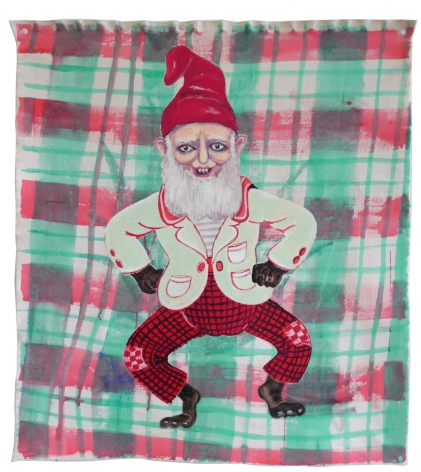 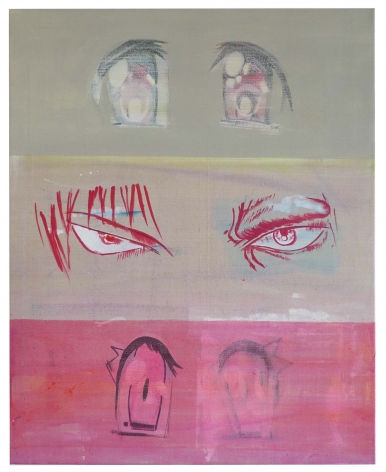 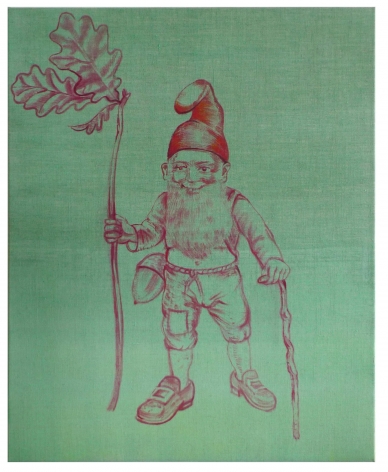 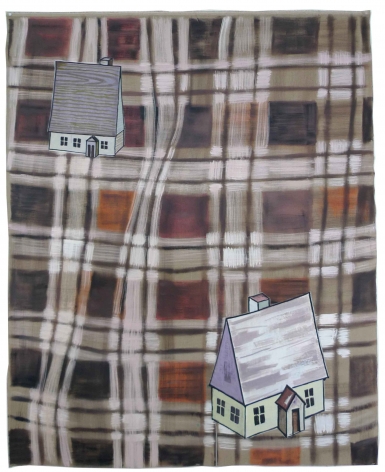 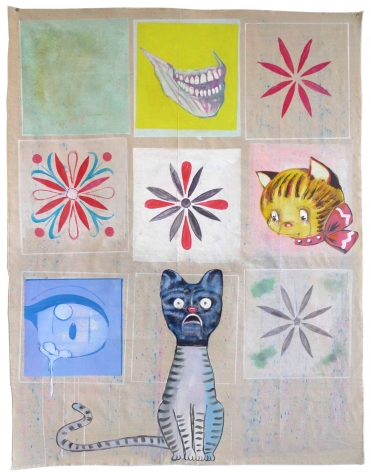 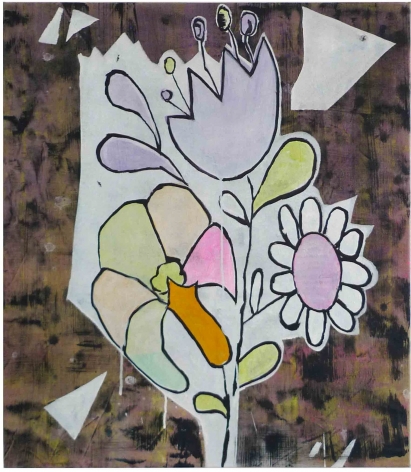 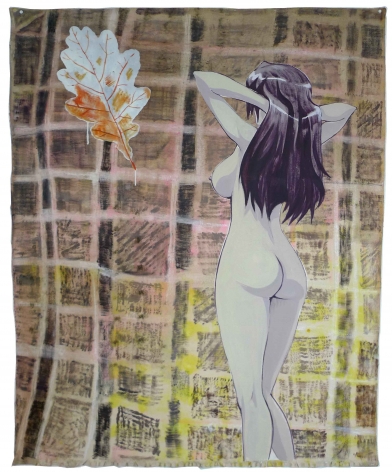 Gaa Gallery is pleased to announce an exhibition of new works by Dresden-based artist, Martin Mannig.  Please join us on Wednesday, August 12 for an opening reception from 6-8pm and artist talk at 6:30pm.  Martin Mannig – Between the Worlds runs through August 30.

Between the Worlds by Martin Mannig is comprised of recent paintings and drawings produced through a variety of media.  In the paintings of Martin Mannig exists an assemblage of imagery, symbols, mythology, all ambiguously coded and layered.  Mannig’s work presents itself at first glance as an amalgamation of German folk tradition, a world of gnomes, rabbits, toadstools, cottages and Japanese manga - a universe of cats, ocular close-ups, glossy hair and cartoon legs.  Further complicating this image is the use of Western motifs, in the case of this exhibition references to It by Stephen King- sailboats, aliens and clowns. Recurring characters- seemingly cute cats are paired with Rumpelstiltskin-esque characters lingering in the borders of malignance and benevolence.  This romantically grotesque wonderland creates relationships between seemingly despairing parts.  In the world created by Mannig exists a logic and thoughtful rumination on the experience of the contemporary condition, fragmented, self-reflexive and complex.

Through the use of painting Mannig emphasizes the onerous nature of experience, cultural narrative, and collective memory. Mannig works by painting from a personal archive of images, familiar objects, forms and recurring characters. These elements are then selectively integrated together; layered, collaged, destroyed and rebuilt.  Influenced by his upbringing in the Erzgebirge, a region of former East Germany, Mannig references woodcarving and other folk traditions that originate in the area.   Combining his childhood experiences with subsequent travels to Japan in 2001 and then again in 2011, shortly after the Fukushima Daiichi nuclear disaster, Mannig’s work bares the influence of combining these realities. In his works one sees twisted imagery, interlocked worlds and hybrid mash-ups that function both on aesthetic and metaphorical levels to provide a new lens to view difficult realities.

Mannig’s work invites the viewer to view contemporary life through a unique system of mythologies, one whose tenets of are up to us to decide, absorb, ruminate and retell.  Taking symbolism from sources as varied as German folk traditions, Japanese Manga and Western popular culture, Mannig’s language is fluid between these worlds, creating a space where experiences are layered upon one another, creating a universe all their own. 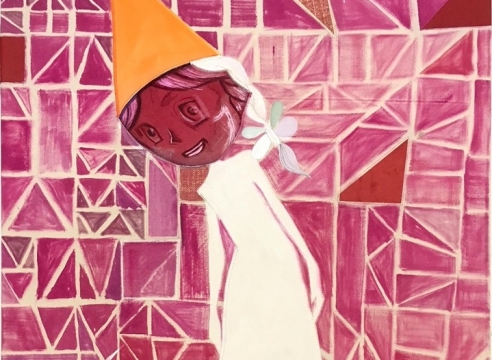 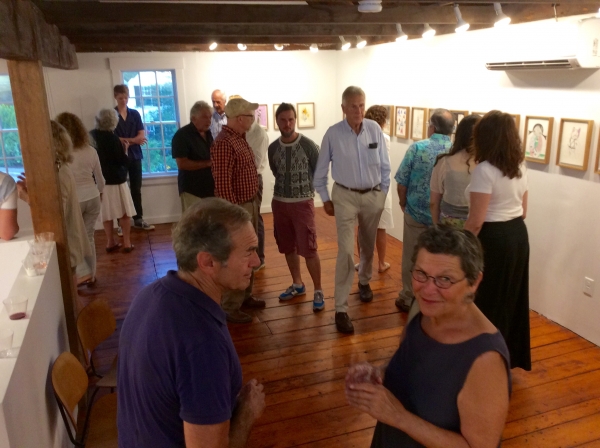 Thank you everyone who came out last night for Martin Mannig's exhibtion, Between the Worlds.  If you missed the opening please stop by to see this fantastic exhibition.  The show will run through August 30.  The gallery is open Tuesday - Friday 11am - 6pm and Saturday 11am - 8pm. 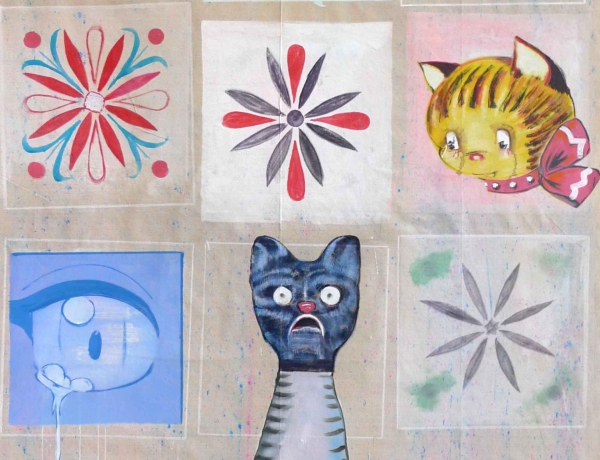 Gaa Gallery is pleased to present, Between the Worlds, new works by Dresden-based artist Martin Mannig.  The exhibition opens on August 12 and will run through August 30.  Please join us for an opening reception on August 12 from 6 - 8pm.