Gaa Gallery is pleased to present a solo exhibition of work by visual artist Peter Hutchinson, with an opening reception on April 4, from 6-8pm, at the Gaa Projects Cologne, located at Große Brinkgasse 8, 50672 Cologne, Germany. This exhibition is on view through May 18.

For over 60 years, Hutchinson has created a diverse body of work that integrates sculpture, photography, and text with site-specific installations and environmental interventions. Hutchinson was an early pioneer of the land art movement, along with peers Robert Smithson and Dennis Oppenheim, and his work has been exhibited in galleries, museums, and institutions worldwide. Hutchinson’s exhibition at the Gaa Gallery Project Space Cologne showcases early works from the 1960s and 70s, as well as more recent photo-collages.

Peter Hutchinson (b. 1930, London, England) graduated from the University of Illinois at Champagne-Urbana in 1960 with a BFA in Painting. Hutchinson’s early work emerged out of minimalist paintings and geometric sculptures that drew influence from Sol LeWitt and Tadaaki Kuwayama. In the late 1960s and early 70s, with the realization of several earthworks, including the Parícutin Project, Hutchinson’s work quickly evolved into an intricate hybrid of site-specific sculptures, photo-collages, and proposals for re-imagined landscapes. During this time Hutchinson’s work was featured in several groundbreaking exhibitions, including: Ocean Projects with Dennis Oppenheim at the Museum of Modern Art, New York, NY and Ecologic Art at the John Gibson Gallery, New York, NY, which established him as an early and prominent figure in the Land Art and Narrative Art movements.

Drawing comparison to the action-based work of colleagues such as Hamish Fulton and Richard Long, Hutchinson’s work is primarily produced in solitude. While sometimes resembling performances made for the camera, Hutchinson’s ephemeral interventions with monumental landscapes from his many travels around the world, as well as the micro-landscapes of his overflowing garden in Provincetown, MA, embody a nuanced and joyful engagement with nature. Pairing personal observation with science fiction, experimentation, and humor, Hutchinson produces both physical and metaphysical impressions of the landscape and the natural world that mine the interrelated qualities of nature and language.

Through the poetic possibilities of text and image, Hutchinson’s work has continually expanded ideologies regarding nature and time. Central to Hutchinson’s work is a philosophy based in ecology and the active cycles of nature and mortality. Birth, life, death, and rebirth are recurring themes, which celebrate the beautiful, binding, fragile, resilient, and complex ecologies of the present, and also offer proposals for the future. The ecological underpinnings of Hutchinson’s work are born out of ideas of presence, document, and leaving behind as little trace as possible. Hutchinson’s work insists on declaring itself part of the landscape, working in collaboration, rather than re-forming, dramatically altering, or boldly stating itself. For Hutchinson, “Art may die but the idea will not.” 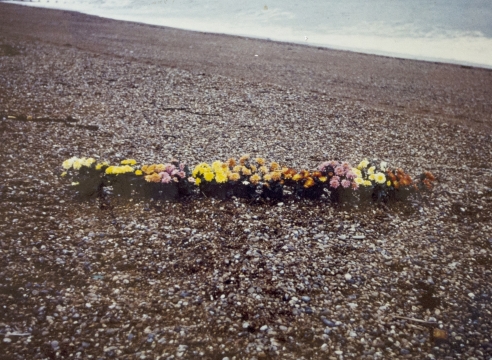 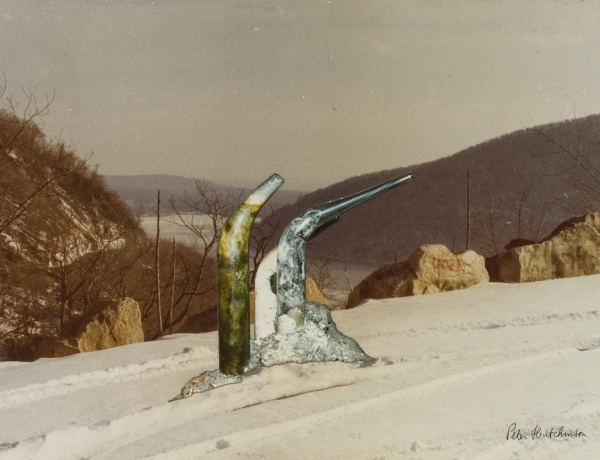 Gaa Gallery is pleased to present two upcoming solo exhibitions with Esteban Cabeza de Baca and Peter Hutchinson at the Gaa Projects Cologne. The exhibition will run from April 4 through May 18 and will be open daily from 10 am to 6 pm from April 4 to April 16 and otherwise daily by appointment. 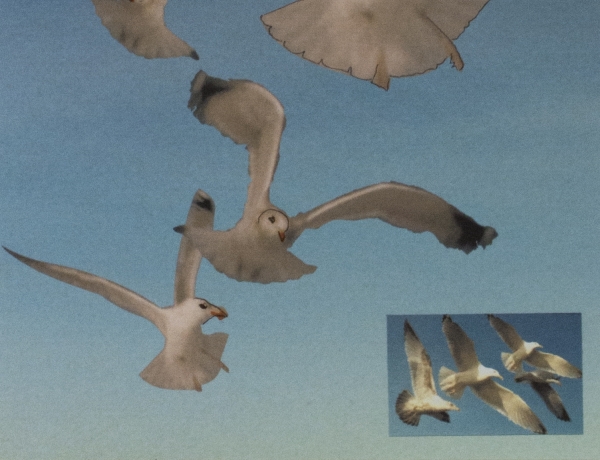 Peter Hutchinson at the American Academy of Arts and Letters